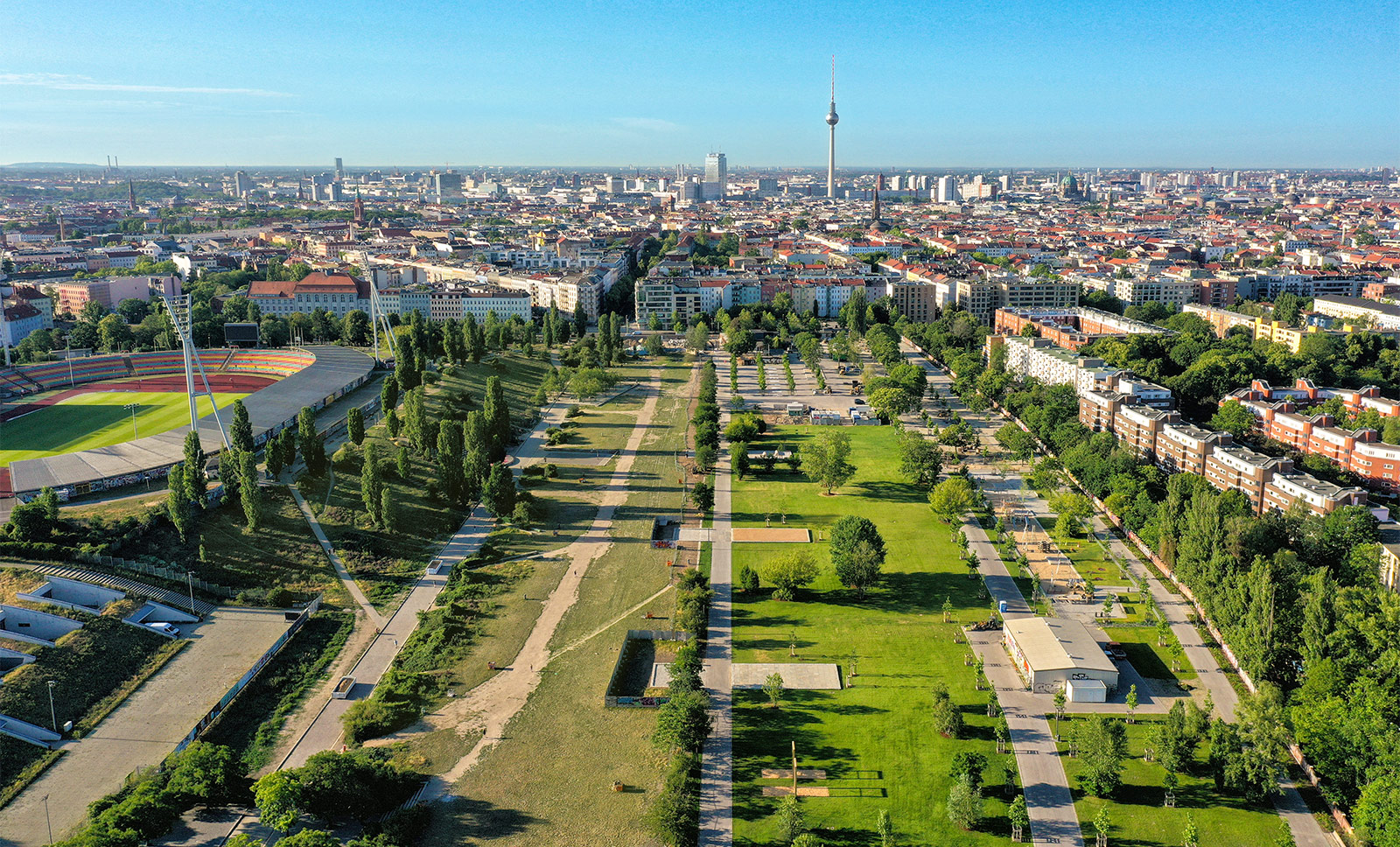 28 years in the pipeline: Mauerpark is now finished

Looking back over our involvement with the evolution of Mauerpark we can see a series of milestones along the way. Thirty years ago local people began to call for a park to be created on this site of the Berlin Wall; 28 years ago the planning process began; 18 years a promise to create the park was secured; 17 years ago a tug of war started between local activists and politicians to get that promise turned into reality; eight years ago discussions around developing phase two of the park in the west started, and this was followed by four years of work until 26 June 2020 when the entire park will be opened. There is no shortage of superlatives to describe the time involved in creating this outstanding and unique park at the heart of Berlin. And similarly there is no shortage of people, campaigns, institutions and political actors over the years who have fought and worked on all conceivable levels to achieve or thwart the plans and ambitions.

And so it is hard to put into words the momentousness of the occasion: finally on 26 June the dividing fence will be taken down. Standing exactly where the Wall once stood, this fence continued to symbolically mark the division between East and West. Once it disappears, it will be possible to fully experience what landscape architect Gustav Lange intended with his competition winning design for Mauerpark: the feel of a vast empty space that characterised this part of the Wall, but in a way that now brings people together, rather than keeping them apart.

We owe a debt of gratitude to numerous people who played their part in this point being reached. We cannot possibly list them all here but it must be said that without the energy and determination of the local people who took things into their own hands in April 1990 – just months after the fall of the Wall – and simply planted trees on nearby Falkplatz, and without the activists who picked up on the idea of a city farm as part of a large park and pushed it onto the political agenda, this park would never have been created. Allianz Umweltstiftung made a generous donation of DM 4.5 million, which injected the necessary momentum into the decision-making process; Berlin’s albeit unsuccessful Olympic bid in 1992 finally got the ball rolling. Over the years, the energetic grassroots organisations – the Gleimviertel association and Friends of Mauerpark – have kept up the pressure on the political institutions to bring the park to completion. The park owes its existence to all these people. Grün Berlin GmbH began the process of realisation back in 1993 and has continued to support it through all the different phases along the way.

We are thrilled and eager to see what will happen after the Fall of the Fence when there will be a new park for us to experience. Its size will be unfamiliar to us but it will be a continuation of the park we are familiar with. Hopefully, landscape architects Gustav Lange and BBS, along with all of us who took part in the public participation workshop, will be able to recognise their vision in the park’s new incarnation. And hopefully the old trees, the ruins of the former railway station and historical artefacts will create the atmospheric spaces we envisaged.

Above all we hope that Mauerpark – and all the cultural activities it facilitates – will constantly evolve and reinvent itself and continue to be a socially diverse place that is cherished by so many people.

At the end of this long period of construction, the park has now without doubt become an attractive place to be: with its grassy spaces, shady trees, spacious playground and circle of stones under pine trees there is a powerful pull for all of us to spend much more time in Mauerpark.